lights in the darkeness 15

Growing older is a fact of life that is not an option, but ageing is. We daily meet people who are eighty years young and still looking forward to the best as yet to come. There are also so many who at 18 look forward to nothing and want to end it all. As we journey through life, while our bodies are getting older, ideally our spirits should be becoming younger. In terms of spirit, old age is meant to be the approach of eternal youthfulness, where inner beauty has taken over from outer appearances and a rich interior life has replaced the pursuit of wealth and being successful. This pulsating inner life should offer us the reassurance that we are not our bodies and we only live in them. Eventually the person that we are can no longer be contained in a physical body and in order to move on to the next stage of life it has to be discarded. So it is that this phenomenon we call death, feared by many as ultimate annihilation, is the way into acquiring a new lease of life.

Fear of living – Fear of Dying

There are those who fear living and there are those who fear dying and they are usually the same. When people have lived fully the life they have been given they can gracefully leave it behind without too many regrets. On the other hand when someone has always played it safe and remained within a well protected comfort zone, it’s the life they have never allowed themselves to live that comes back to haunt them in the twilight hours. It’s all too easy to measure out our lives in coffee spoons rather than engage in the great adventure we are called upon. Real life can never be found within our comfort zone but only at the edge where we are prepared to step out. This demands placing courage in front of our fear and is the only way of becoming the person we really are. In the words of the poet Kahil Gibran:

It’s the list for comfort that murders the passion of the soul and then walks grinning at the funeral.

From being present with many who were coming to the end of their journey it is apparent that their greatest regrets are not about mistakes they have made in life but more about not having risked making far more. A well-lived life will have many mistakes while a half lived one may have none except that being revealed as the greatest mistake of all.

A very common observation at that stage also is the awareness of having lived a life that conformed far too much with others’ expectations and wasn’t true to oneself. This was where we looked too much towards others for validation and approval and felt we always had to please. The realization of having sold out on oneself comes back to bite us at the point where the opinions and demands of others are fading into insignificance and we are finally alone with the Self we have failed to honour.

It’s not until something is being taken from us that we begin to even notice and appreciate it for the first time. Even the gift of life can be taken so much for granted and never really noticed behind the illusion of always wanting something more in order to be happy. A common regret, at the end of life, especially in the male population is having worked too hard. Many say that work so took over their lives that they hardly noticed and weren’t really there for their children as they grew up. Likewise their energy was often so focused on work that partners were not always appreciated and had lived lonely lives bringing up children almost on their own. For so many, relationships had fallen apart, and their latter years had been spent lonely and feeling isolated.

As the life cycle comes to a close what should have been so important in life is often seen as having been sacrificed on the altar of the urgent that just seemed so important at the time.

While it may seem morbid to spend another day on the regrets of the dying it can be a life changing exercise that propels us into a different way of living.

For example, many regret not having expressed their feelings enough in life. This can range from not telling a spouse or family how they loved them, to having suppressed their feelings in order to keep the peace with others. The result was to settle for a mediocre existence and never become who they were capable of becoming. Many had developed illnesses relating to the bitterness and resentment they carried as a result.

We cannot control the reactions of others. However, although people may initially react when you change the way you are by speaking honestly, in the end it raises the relationship to a whole new and healthier level. Either that or it releases the unhealthy relationship from our lives. In each case, we win. 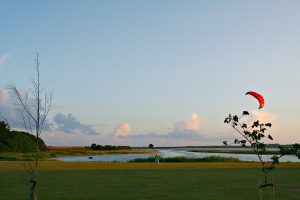 A farmer went out to sow seeds. That brings back childhood images of my father walking the fields sowing grass seeds with what looked like a box and a bow called a fiddle. This was a big advancement on the age-old method of scattering seeds by hand. Whatever the method there’s no chance of the seed growing on hard soil or rock. To get the hard soil to the stage where it’s loosened up and clear of roots and stones is seriously hard work. Yet, without the soil being tilled there’s no point in sowing the seed.

Our recent experience of lockdown and our continuing journey with Covid 19 is creating a worldwide churning of the soil in all our lives. The ground beneath our feet no longer feels as solid as it used to be. Age-old securities are not secure any more. What was gilt edged before has lost its lustre. Many feel rattled, uncertain and anxious about the future. Our reality has changed where even the familiar looks unfamiliar. It’s a time that has caught us all by surprise and that none of us thought we would ever be seeing except in movies.

We may be more irritable. Shop assistants are finding customers more difficult. There seems to be more aggressive driving. Just simmering beneath the surface there’s a lot of anger and we need to exercise caution as to what we do with it. Corona may be the reason but others can get blamed.

I rather like the saying that; Storms come into our lives for a reason, they last for a season. Learn the reason and outlast the season. Corona is not just a storm, it’s more like a hurricane and like any hurricane it blows away everything in its path that is not either tied down or very flexible like a palm tree.

Looking for an Anchor

Corona has left us asking what really is secure any more. We need solid places to drop out anchors and for that reason we are now in the most teachable time in our history. It has tilled our soil and literally shaken our foundations. However it has also made us far more ready than we ever were to receive the seeds of truth. We are now looking for answers to questions that until now we never even took time to ask. Some of these are basic question that have always been with us, like where do we come from, why are we here, and where are we going? The sense has been heightened that here we have no lasting city so is there anything that doesn’t change in the midst of all that has been shown to be so vulnerable?

How badly do we need to find a rock that is higher than we are so our souls find a solid foundation? We may be forced to look beneath religious practice or even non-practice and look to our Christian faith with fresh eyes to see what does it have to offer. We need now to turn inwards, to find answers and, as a consequence, many are expressing an interest in prayer and meditation.

One of the most wonderful places on my own journey, that was equally the most painful, was when I had to ask, ‘I know what it means to be a practicing Catholic but what does it mean to be a Christian?’ It was as if I were starting out from scratch and not affected by religious conditioning. In my faith journey I had moved from unquestioning acceptance to a place of questioning non-acceptance and it was from that place of doubt and upheaval that I prayed ‘O God if you are there, then you are so much greater than my doubts. Please find me, and reveal yourself to me.’ I now look back on this as the beginning of a great journey of faith, of simply trusting God to be God in my life. It’s a time, not when I found God, but when He began to find me.

Happiness Skills in a Time of Pandemic with Michaela Avlund