Lights in the Darkness 19

Rounding the Head – Our Lady’s Island 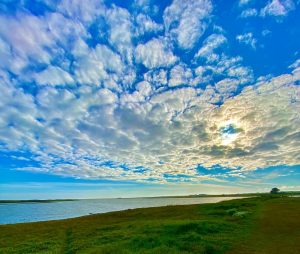 These reflections which we post on a weekly basis are sent to us by Fr Jim Cogley whom many of you know through workshops he has given at Luisne. Fr Jim’s parish is at Our Lady’s Island in Wexford but his ministry reaches far beyond its borders as he gives workshops across Ireland, and even extends beyond Ireland through the books he has published – the ‘Wood You Believe’ series. This month he is launching his latest book in that series:

My Life – Many Lives – One Wonder-Full Life

Sight and Insight. During this year, the year of the fortieth anniversary of his ordination – and the year when COVID 19 forced us to stop in our tracks – Fr Jim spent much time reflecting on his life and life in general and this book is the fruit of that. In Fr Jim’s own words:

From reflection comes insight and insight leads to wisdom. This is what the essence of this book is all about, offering insight into the mystery of life. In the book I divided my life into nearly thirty chapters. Each one is written not just as an account of what happened but more as a reflection on what happened and I would hope in a manner that can help readers make sense of their own lives and experiences.

May the book bring insight and meaning to many lives!

There is a part of us that is made in God’s image and likeness. Christ called it the Treasure within. Carl Jung called it the True Self. The poet GM Hopkins called it the Immortal Diamond. Whatever the description, words never do justice to the wondrous truth. Yet this reality remains quite hidden and the essence of our spiritual quest is to uncover it from beneath the layers where it lies hidden. To use the analogy of previous days our true self is like a diamond coated in mud and because mud is often the only thing that we see the conclusion can be that mud is what we are. This is where my only identity is the mud.

Here comes the challenging bit. Whatever I do to the mud I do to the diamond beneath. To reject the mud is to reject the diamond. To despise one is to despise the other. My relationship with one will determine my relationship to the other. This is where all self-acceptance has to begin with the acceptance of the mud. It is then and only then that the cracks will happen and the diamond beneath will begin to appear. At the core of all sin in our lives lies self-rejection.

Three hundred years ago the country of Thailand was known as Siam. The Siamese monks were in possession of the most amazing buddha statue. It was ten feet tall and weighed two and a half tons and was mostly  made of solid gold. The Burmese army planned to attack Thailand and the monks were determined to protect the shrine that meant so much more to them than any monetary value. They also knew that the Burmese army would stop at nothing to steal the statue because it was worth so much money. So they got to work covering the statue with layers of clay several inches thick along with pieces of coloured glass hoping that the warriors would ignore it and think it worthless.

Sadly the monks were slaughtered in the invasion but as hoped the Golden Buddha was overlooked by the soldiers and so remained hidden for two centuries. It was safe because it was hidden in plain sight in the monastery where so many came and went each day. The sacred lies hidden in the ordinary and we can go through life totally unaware of our own magnificence. Should we have to wait until we die for the real truth about us to be uncovered?

What became of the Golden Buddha? Back in the 1950’s the monastery was to be re-located in order to make room for a new building. The monks arranged for a crane to come and remove the ‘clay’ Buddha to its new location. While being shifted it was found to be much heavier than expected and began to crack. In order to protect their shrine the monks lowered it back down and decided to wait until the next day in order to bring in more powerful equiptment.

That night it rained heavily on the statue that was now out in the open so they covered it with tarpaulin. Later the head monk took his flashlight and went to make sure the Buddha was adequately covered. When the light of the flashlight shone into the cracks of the clay he saw a glimmer…..a reflection of something underneath the shroud of clay. He got some tools and carefully began to chisel away pieces of clay to find that the glimmer grew brighter. Many hours later with all the clay removed he was in the presence of a Buddha made of solid gold. Beneath the clay they also found a key that unlocked the statue into five pieces making it easier to move. Could radical acceptance of what is be our key for relocating to the place of our magnificence? 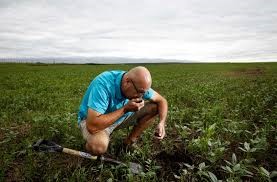 In one of his teachings Jesus compares the Kingdon of God to a treasure that has been hidden in a field. A man who is ploughing the field accidentally uncovers the treasure. He feels that this is what he has been searching for all his life but never knew what it was. He then goes off and in order to buy the field he must sell everything that he owns to ensure that the treasure will be his. While the parable is more succinct, such is its essence.

Our true self is hidden in the field that is our life. It is only in embracing the whole field of our lives, with all its poverty and frailty included, that the treasure can become ours. The entire field of our humanity needs to be bought. Any spirituality that even suggests we can bypass our humaness in order to discover our spiritual nature has to be false. It is precisely in the mud that we find the treasure that we seek. However there is a price, the worker had to sell everything that he previously had in order to buy the field. In other words he had to let go of his false self; that which he was not, in order to come into possession of who he really was.

The Pearl of Great Price

Yesterday’s reflection was of a man ploughing in a field and discovering a hidden treasure. It was an accidental discovery and there is no indication that he was actively involved in any kind of search. However, when he makes the discovery he is prepared to pay the price.

Christ also spoke of a merchant in search of fine pearls and when he finds one of surpassing worth he too is prepared to sell everything that he owns in order for the pearl to become his. There are those who like the farmer are going about their everyday lives and get a glimpse of who they really are; a taste of their own magnificence. After that they know that everything else would be tasteless unless they were prepared to do whatever is necessary to hold on to what is found. Others are like the merchant who are active Kingdom seekers; who know that there is a mysterious reality that is worth finding, and who are prepared to devote their entire life to the search if necessary.

As we journey through life we meet people that we may dislike or even just can’t stand. Some may even be toxic to be around and it may be wise to give them a wide berth. There will be others, perhaps in our workplace or community that we just can’t avoid. We might be tempted to give them the scissors treatment but it just doesnt work.

Instead of being judgmental and focusing on what is wrong and so objectionable in them it can be far more useful to ask the deeper question; ‘what is it in me that finds it so difficult to love and accept them as they are’? Clearly it is my buttons that are being pressed so what are they? Rather than blame and complain it may be better to ask what is this person teaching me about myself. In a monastery there was a monk who was very difficult to live with. The Abbot, when asked why he didnt move him to another monastery, replied, ‘If I did I would have to get someone to take his place. He’s the one who has most to teach us’!

Being Comfortable with Unpredictability

I once knew a man who had his life organized in great detail for three years in advance. Then he got sick and the diaries meant little. Months later he died and they had no relevance whatsoever. He was a man who, like so many, loved order, structure and predictability in his life. He liked to be in control of everything and prepared meticulously for every meeting and event. Yet the unpredictability of life, and in his case death, upended all his carefully made plans.

For those who are like him, this Corona virus has been extra difficult. It  has shattered illusions of being in control and turned their world upside down. Now the challenge is to live comfortably with the unknown, with disorder, change and new realities. There is a positive side as we journey into an uncertain future. It is also an adventure and with adventure comes a spirit of excitement simply because we don’t know what’s next and we can’t prepare ourselves for it. Routine and predictability are what stifle the Spirit. It breathes best where there is chaos!