One of the Smallest of Earth’s Creatures

In his letter to all peoples, Laudato Si, Pope Francis describes the earth as mother. He stresses the urgent need for conversion and action to save the environment in the face of human-made global warming. He states that the cry of the earth and the cry of the poor are signs of a world that needs healing and must be heard and responded to together.

As we strengthen cultural and religious respect for Mother Earth, we begin to see many connections with “this smallest of creatures”. In the first place we and coronavirus share the same world. Its ancestors preceded ours and its descendants will outlive our generation. The relationships that made it unlikely that it would mutate to affect human beings were delicate and disturbed by poverty, the destruction of natural habitats, and global trade in wild animal meat. We have now seen the cost of these things and must address their causes.

Though infinitesimal, the coronavirus shows us the limitations of human power, ingenuity, weaponry, and technology. It has shut down nations, upset economies and the cleverest scientists struggling to discover a cure for it. It shows us that our economies and cultures are dependent on a network of relationships that reach to the smallest organisms. They need to be respected.

The Response to the Pandemic

The response to the pandemic has shown us the shallowness of perceived wisdom about human flourishing. The idea that this is achieved by the competitive zeal of individuals in search of profit, and is demonstrated by economic growth, is now discredited. We now recognise that we need to sacrifice our individual goods for the whole community, including ourselves, to flourish.

Although social distancing cost jobs, loss of income and intense anxiety, it is accepted because we realise that the good of individuals must be subordinated to the common good. Achieving budgetary surpluses, paring down government spending and refusing government support to struggling businesses was our futile aims that fail to contribute to human flourishing.

The fact that emissions have fallen sharply during this period of social distancing has shown both how possible it is to attend to the cry of mother earth and how costly it will be to refuse to do so. It invites us to deploy the same energy and solidarity to protect our environment as we have in this emergency. (Text adapted from Andrew Hamilton, SJ)

The Response to the Pandemic – On the Front Line

The response also shows that between state and individuals lie communities, large and small, on whose benevolence and altruism a nation relies. Doctors, nurses and other health workers who were prepared to risk their own lives to attend to the sick have rightly been celebrated. So should be other groups that have given themselves to make social distancing bearable.

The pandemic teaches us many sobering lessons, not least of which is that it highlights for us that if we fail to attend to the cry of the poor, to care for refugees, prisoners, the homeless and the unemployed, the possibility of other and more virulent viruses will come to attack our world.

This year Mother Earth invites us to consider one of the smallest of her creatures. It also invites us to imagine a world in which our human relationships with our environment are just and the cries of the poor and the earth turn to laughter.

A simple truth from nature points to a profound reality. Two birds can only fly together if they are free of each other. Tie those birds together and although they have four wings they will be unable to fly. The message of Christ to Mary Magdelene, when overjoyed at seeing him alive, she wanted to reach out to hug and embrace, was, do not cling to me for I have not yet ascended. In life if we are possessive and cling to someone too much we call it control. This is a factor, more than anything else, that can undermine any relationship. When someone passes over to the other side, for some reason, we feel justified in trying to hold onto them. In the early days of grief process that may be understandable; long term while it may hold the soul back from its journey, it will certainly hold us back from ours. To remain in a clinging mode is to condemn ourselves to isolation and loneliness. The way to enter into communion with the one who is departed is to avoid clinging and release them to the light. Death breaks an earthly tie but love survives when grief has passed because love can never die. The grief process is not about saying farewell but it is about releasing and giving freedom.

Companionship on the Journey

In the well-known story of the disciples on the road to Emmaus after Jesus death, the importance of there being two of them cannot be over stated. Jerusalem represented all their hopes dreams and expectations but just now hope was hopeless; their dreams had become nightmares and their faces were twisted with grief. They were now going in the opposite direction away from Jerusalem. As they walked along together they were telling the story of what had happened to Jesus and trying desperately to make sense of it all. Jesus joins them as the third party and places everything in the context of a bigger story where he shows them that it was necessary that the Christ would suffer in order to enter into his Glory. Remaining too isolated and thinking we can figure something out on our own rarely ever works. We can never be objective to our own subjective reality. It is only in opening up to a significant another that the Spirit of Jesus becomes present as that third party offering us the awareness or wisdom that we need at that time. 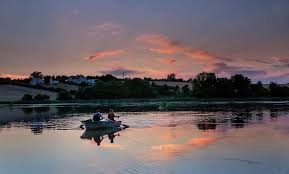 Healing of Wounds and Memories

A significant detail of the Resurrection accounts is that when the Risen Jesus appears to his disciples he still has the wounds that killed him. One might think that they should have disappeared during his process of transformation. It was these very wounds that when touched by his fearful disciples dispelled doubt from their hearts and reawakened their faith. In life we all carry wounds but we carry them in different ways. The ones we don’t or won’t deal with we continue to inflict on others. There are those who have transformed their wounds and found healing. Having come out the other side they are now are able to use the wounds of their experience to bring healing to others.

Our memories are so much part of who we are. Some are pleasant while others are far from being so. These are the ones we try to repress and deny yet the more we do so the more they come back to haunt us. The Resurrection accounts show this happening quite clearly. After a night of fishing the disciples catch nothing. The Risen Jesus stands on the shore and tells them to try again and when they do the nets fill up. The sight of a charcoal fire was definitely going to bring Peter back to the night of Jesus’ arrest. Earlier in the day he had protested undying loyalty but Jesus had told him that before the cock would crow he would have denied him three times. Standing beside a charcoal fire, and afraid of being found guilty by association, he swore three times on oath that he didn’t know Christ. Suddenly he was now being confronted by the memory of his betrayal, but this time it was for healing. Healing is not pretending that the hurt never happened but it is about coming to the place where it no longer affects us.

A common feature of the Resurrection accounts is the failure of the disciples to recognize the Risen Lord when he appears to them. Surely it was, not that their sight was bad, or that Jesus had changed beyond recognition. To understand what is happening here we need to draw on our own experience. There is physical seeing with the eyes but there is also an emotional seeing with the heart. When our hearts are wounded it has the effect of distorting the way we see with our eyes. We need healing before we can truly see.

During these days we may take time to reflect on how our natural world has been abused and exploited – which also takes the eyes of healing and calm to see. While so many are gasping for breath nature is catching hers and already recovering at a phenomenal rate. We were careering towards the edge of a precipice, and quite oblivious to the fact, until mother nature stopped us in our tracks, perhaps just in time.

At a spiritual level we stand at one of the most teachable moments in human history. We are now able to hear Truth at a level we were unable to until now. When Christ was feeding the five thousand with the loaves and fish he told the people to sit down. Prior to this we were always standing up, with our mind on where we were going, but now we are forced to sit. While many will try to return to so called normal life when this virus is over, there will be loads who will experience the most profound spiritual awakening of their lives. This kind of awakening never happens while we are complacent in our comfort zone but only when we have been pushed to the edge or in this case far beyond. Many are realizing during this time of enforced reflection that they had settled for a life that was far less than what was intended for them. This will mean radical changes in terms of career and lifestyle. Further down the road they will very likely look back with gratitude to these very challenging times and be able to say in all sincerity, thank you Corona, you were the best thing that ever happened to me, and I needed you.

Happiness Skills in a Time of Pandemic with Michaela Avlund