Lights in the Darkness 10

Trinity Sunday – The Law of Three

1600 years ago St. Patrick scratched his beard and wondered how he could present the idea of the Trinity to the people of Ireland. He came up with the shamrock, the three little leaves representing the Father, Son and Spirit, yet all being part of the one God. If he were around today I wonder what symbol might he come up with?

Above you see what might be a modern day representation of Trinity that is based on Patrick’s three leafed shamrock. Of the many hundreds of wood pieces I have made over the years this one is my favourite and technically the most perfect in terms of design. Everything about this piece reflects what we believe to be the nature of the Trinity which is threesomness; three in one and one in three. It is made of thirty individual pieces of wood arranged in nine groups of three. With all the circles touching, it looks very dynamic, where if one were to move they would all be affected. This shows the interconnectedness of all things.

There is an ancient Law based on the Trinity that is called the Law of Three This law is something particularly useful. It basically invites us to get beyond either or thinking and look for another way of  looking at things and even to ask questions we never thought of asking before.

When an argument or dispute happens both sides become polarised with each defending his or her position as the truth and since the other sees it differently they have to be lying. The reality is that each one is seeing a situation from a different perspective, and that is their truth. However, the whole truth is something much greater. With good communication both parties could come to see this. So this idea of there being three sides to every argument, yours, mine and the truth, and never just two, can be invaluable in navigating our way through life and not getting trapped in harsh judgments and even costly law suits.

We tend to divide things very much in terms of two rather than three. Good and bad are obvious divides and so we class people as the good guys and the bad guys. Yet its not as simple as that. The very worst of people can surprise us by being capable of great kindness and the ones we label ‘good’ can sometimes shock us to the core with what they are capable of doing. The dividing line between good and evil runs through each of our own hearts; so what might be that elusive third ot Trinity dimension? When we accept the shadow  side of our nature and refrain from seeing it only in others then something wonderful happens. It begins to undergo a process of transformation and it loses its power over us. Someone who has a very controlling nature might begin to admit it to themselves and own it. They then lose their defensiveness, and even begin to make jokes about their problem. Suddenly others find them easier to work with and  what was something that everyone used to tip toe around can become a wonderful gift for service.

In situations where we have to make life changing decisions we tend to think in terms of two rather than three. Do I do this or do I do that? It’s either A or it’s B? Here, if we were to apply the Law of Three, a C question could make all the difference. Let’s take just one example. Say a relationship is going through a difficult patch and the dilemma is: Do I stay or do I go? It seems just either A or B. Neither answer seems to bring peace and so love is blocked either way that I decide. The C question might be: How can I grow through what is happening? How might I stop reacting and not allow someone else’s behaviour to press my buttons? This C question has the potential to release the love that is there in the relationship whereas to stay in a resentment fuelled atmosphere would not have been good and to simply leave would have been cruel and cowardly.

Try using the Law of Three because when you look at things in a different light it makes all the difference.

The Absence of Certitude – Living the NOW.

As everything worldwide is changing so rapidly and with bewildering speed no one can predict how the future is going to unfold. Gone are the days when we could plan ahead for weeks or months with reasonable certitude. All we can be sure of is this present moment. All too often we equate happiness with some future event or achievement. ‘I will be happy when,’ is an attitude that suggests a discontentment with the present. Yet when we do finally achieve our goal we find that happiness still eludes us.

Perhaps NOW is the only place where we can truly find happiness. In the present moment we may have discomfort but strange to say, it is also the place of least suffering. If we live in the past, with mistakes and regrets, or in the future with worries and fears, that is what creates our suffering. The Bible teaches that, ‘NOW is the acceptable time and NOW is the day of salvation’. The challenge of these uncertain times is to live as fully as we can in that NOW.

NOW is the Acceptable Time

A man got diagnosed with terminal cancer and the prognosis was that he would be lucky if he got two years. He died just a week after those two years were up. Months later, when his widow had time to reflect, her big regret was that they never lived their last two years or made the most of their precious time together. The prognosis of two years had projected them into the future and the fear of what was going to happen paralyzed them from doing anything constructive in the present. It was as if from the moment of hearing those words ‘two years’ he had already died and they both stopped living. Such is the effect of fear, it makes us live the future as if it were already a present reality and blinds us to the possibilities that lie in the present. A useful anacronym for understanding NOW is No Opportunities Wasted.

Just because we are going to die one day doesn’t mean that we can’t make the most of every day as it comes. 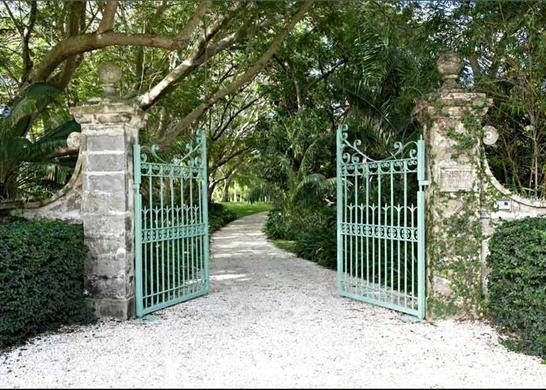 NOW is the Gateway to Presence

A spiritual writer commenting on Gods revelation to Moses as the great I Am, when asked for His name, made the observation that when we live in the past with mistakes and regrets it is hard because God’s name is not, I Was.

Similarly when we live in the future with problems and fears, it is also a difficult place because God’s name is not, I Will Be.

Only as we live in the present will we find that life is not hard, because God’s name is I Am.

Here is a simple but profound truth that if we want to live in God’s presence, it is imperative that we live not in the past or in the future but fully in the NOW. The two words present and presence are so interlinked as to be inseparable and suggest that it is only by living in the present that we can enjoy the reality of God’s presence. NOW is truly, the sacrament of the present moment.

Swinging in the NOW, the Place of Providence

Imagine a lovely garden swing that is swinging from the centre of a large O. On one side of the O is another large letter N and on the other is the letter W. All the swinging movement takes place within the centre of all three letters. Next imagine a garden seat immediately behind the O that is beneath the swing as it moves backwards. This seat is made of rustic wood and full of bumps and knots that are not conducive to comfort. This seat is called the Past and to sit too long there is not the easiest place to be. In front is another very uncomfortable seat that is called the Future. This too affords no comfortable seating and is not the place to be. By remaining in the O of the NOW we rise above past failures and mistakes and also by being objective we can plan ahead and even determine the way we want our future to unfold.

The ancient Israelite people on their journey through the arid desert wilderness of Sinai were fed by Manna from Heaven. Each morning this would appear on the ground like hoar frost and Moses instructed them to gather it on a daily basis. The practice found an echo in the Lord’s teaching his disciples on how to pray when he said, Give us this day our daily bread, and in his many references to avoid worry about tomorrow, and that each day is sufficient unto itself. We have a very real tendency to unconsciously amend that prayer to: give me now what I will need tomorrow, next week, or even next year. Experience teaches us that it just doesn’t happen that way. It is by living in the NOW, and in the full enjoyment of the present, that we are making best provision for our future and are most able to see the direction we need to take.

Not being in the NOW

In recent years there has been a lot of writing on living in the present moment and how happiness is never to be found in the future but only in the NOW. One of the best known writers on the subject is the enlightened author Echart Tolle with his best selling book The Power of Now. Reading such literature one can get the impression that NOW living should be so simple to apply in our lives but experience shows that it is not and we keep slipping back into the past and forward into the future. The Buddhist writer Ram Dass, who died recently, made an interesting observation that while we are still trapped in either our personal or our ancestral history it is virtually impossible to hold the ground of the present. Those areas of our unresolved past will not magically disappear but will keep resurfacing and dislodging us from the NOW until they have been integrated and dealt with adequately.

As we live more fully in the NOW we become much more attuned to the things, people, encounters and events that come our way and these we find will have a direct bearing on our future. Provision for our future is always being given but only in the present.

This website uses cookies to improve your experience while you navigate through the website. Out of these cookies, the cookies that are categorized as necessary are stored on your browser as they are essential for the working of basic functionalities of the website. We also use third-party cookies that help us analyze and understand how you use this website. These cookies will be stored in your browser only with your consent. You also have the option to opt-out of these cookies. But opting out of some of these cookies may have an effect on your browsing experience.
Necessary Always Enabled
Necessary cookies are absolutely essential for the website to function properly. This category only includes cookies that ensures basic functionalities and security features of the website. These cookies do not store any personal information.
Non-necessary
Any cookies that may not be particularly necessary for the website to function and is used specifically to collect user personal data via analytics, ads, other embedded contents are termed as non-necessary cookies. It is mandatory to procure user consent prior to running these cookies on your website.
SAVE & ACCEPT